Be it barbecue season or not, we should not forget about stakes, no matter what. Except if we are vegan which case pork steak recipes won’t be as fun.

As I lately have some time, I had been surfing on the web the other day. Trying to get new, fascinating tips, inspirational recipes that I have never used before, to amaze my family with. Hunting for a while yet could not discover too many interesting stuff. Just before I thought to give up on it, I found this scrumptious and simple treat by chance. It seemed so mouth-watering on its image, it called for instant actions.

It absolutely was not so difficult to imagine the way it’s created, its taste and how much my hubby might want it. Actually, it is very simple to delight the guy when it comes to puddings. Anyhow, I visited the webpage: Suncakemom and then used the simple instuctions which were accompanied by great pictures of the process. It just makes life much easier. I can imagine that it is a bit of a hassle to shoot pics in the middle of cooking in the kitchen as you usually have gross hands so I genuinely appreciate the time and effort she placed in for making this blogpost and recipe conveniently followed.

Having said that I’m inspired to present my own, personal formulas in a similar fashion. Many thanks the concept.

I was fine tuning the main formula to make it for the taste of my family. Need to say it absolutely was a terrific outcome. They enjoyed the flavour, the thickness and loved getting a delicacy such as this in the middle of a hectic workweek. They quite simply asked for even more, more and more. Hence next time I am not going to commit the same miscalculation. I am likely to twin the quantity .

This recipe was inspired by pork shoulder steak recipe from SunCakeMom 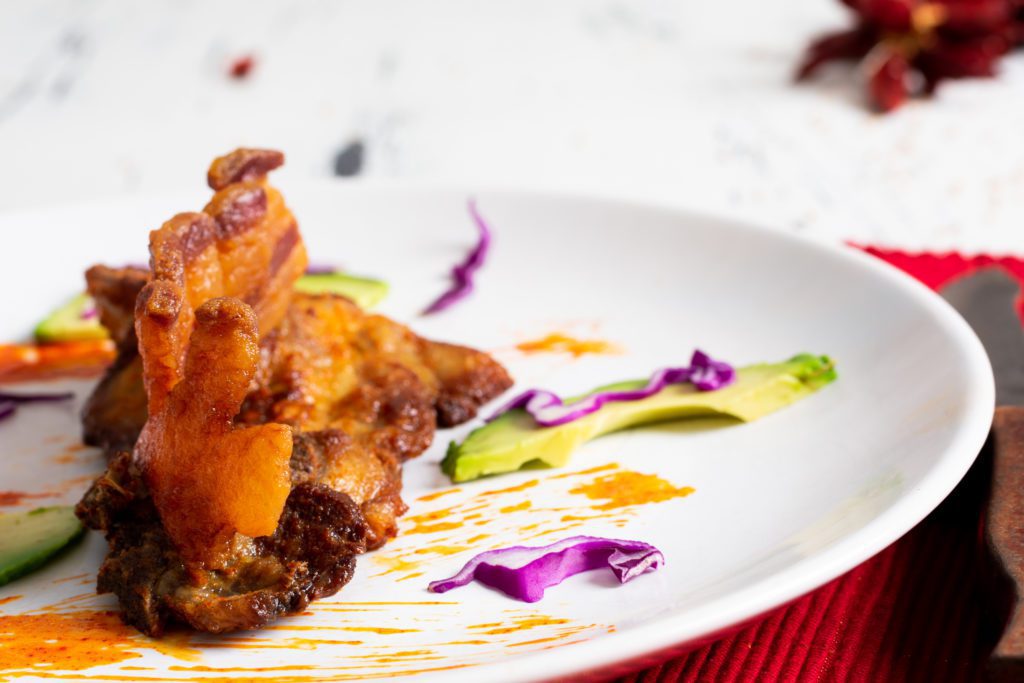 In a bowl make the marinade by adding oil, minced garlic, mustard, paprika, salt and pepper. Garlic can be cut into small pieces with a knife too.

Mix the ingredients together.

Cover the meat with the marinade using a brush then stack them on top of each other.

Place the meat into the fridge for an hour if time allows. If not proceed the next step.

Slice the Pancetta, guanciale or pork belly then cut them up halfway creating small bastion like shape. The skin can be removed beforehand if not desired. This step is only necessary to render the fat and smoked flavor out. Lard or cooking oil can also be used.

Place the Pancetta, guanciale or pork belly onto a frying pan on medium heat and fry them until the neccessary fat is rendered out for about 5 – 10 minutes. We can continue frying them with the meat to get them crispy at the end. Mind flipping them every now and again.

Place the marinated pork steak slices into the medium hot frying pan and cook each side for about 4 – 5 minutes.

When both sides are golden brown take them out and serve with a slice of bacon on top.