Chocolate sweet rolls are exactly like cinnamon rolls except they’re filled with chocolate instead of cinnamon.

As I recently have some time, I had been surfing on the web last week. In need of new, exciting tips, inspirational dishes that I have never tested before, to impress my family with. Searching for a while yet could not find too many interesting things. Right before I thought to give up on it, I ran across this fabulous and simple dessert by chance. The dessert seemed so delightful on its photos, it called for quick action.

It had been not so difficult to imagine the way it’s made, how it tastes and just how much my hubby is going to enjoy it. Actually, it is extremely simple to impress the guy in terms of treats. Yes, I’m a blessed one. Or possibly he is.Anyhow, I got into the blog: Suncakemom and then used the simple instuctions which were combined with superb pics of the procedure. It really makes life quite easy. I can suppose it’s a slight effort to shoot snap shots in the middle of baking in the kitchen as you may normally have sticky hands so I highly appreciate the time and effort she devote to build this blogpost and recipe easily followed.

With that in mind I am encouraged presenting my personal formulas in a similar fashion. Many thanks for the idea.

I was fine tuning the main formula to make it for the taste of my family. I’ve got to tell you it turned out an awesome outcome. They loved the flavor, the structure and enjoyed having a treat such as this during a hectic workweek. They basically wanted even more, many more. Thus the next time I am not going to commit the same miscalculation. I’m gonna twin the amount . 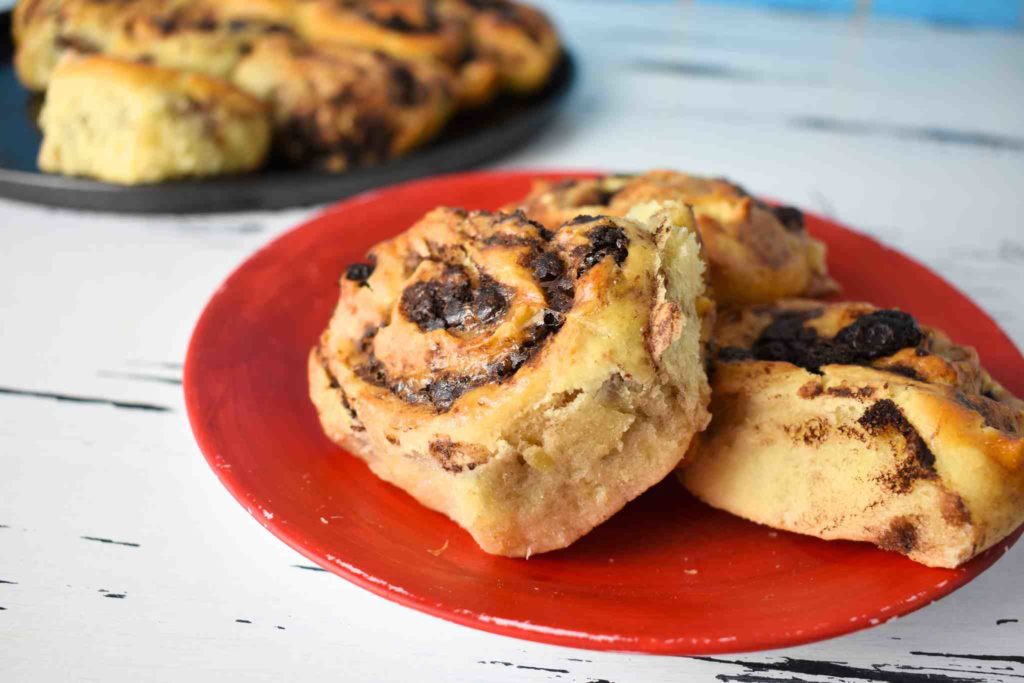 In a small bowl, combine the cocoa powder, butter and agave syrup. Whisk them well.

Sprinkle the yeast into half cup of lukewarm milk or water. If it gets foamy that’s completely normal it shows that the yeast is working.

In the meantime measure and put flour, eggs, butter and the remaining milk into a large bowl. Eventually pour in the foamy yeast and milk too.

Knead the mixture until a soft dough forms.

Roll out dough on a floured surface to a rectangle shape.

Brush filling onto the squared dough. Sprinkle raisins on top if it feels better.

Place the pieces apart on the baking tray (A baking sheet will be useful here.)

Cover and let them rise for about half an hour.

Brush the rolls with egg yolk before placing them in the oven.

Bake for about 25-30 minutes (depends on the oven) and take them out when they have a nice golden color. Let them cool a little bit before serving.