As I lately have some time, I had been searching on the web last week. Trying to find fresh, fascinating tips, inspirational meals that I’ve never tried before, to treat my loved ones with. Hunting for a while but could not come across lots of interesting things. Just before I thought to give up on it, I came upon this tempting and easy dessert by accident at Suncakemom. The dessert looked so tempting

on its image, it required urgent actions.

It had been simple enough to imagine how it’s created, how it tastes and just how much boyfriend is going to want it. Mind you, it is rather easy to impress the man when it comes to treats. Anyways, I visited the blog and used the comprehensive instuctions that had been accompanied by wonderful photographs of the task. It really makes life much easier. I could imagine that it is a bit of a hassle to shoot pics in the middle of cooking in the kitchen because you will often have gross hands thus i seriously appreciate the time and effort she placed in to make this blogpost .

With that in mind I am encouraged to present my own dishes similarly. Many thanks for the idea.

I was tweaking the main formula create it for the taste of my family. I have to mention it absolutely was a terrific outcome. They prized the flavor, the consistency and loved getting a treat such as this during a lively workweek. They ultimately requested more, a lot more. Hence next time I am not going to commit the same miscalculation. I am going to multiply the amount to get them pleased.

This was made possible through SunCakeMom who provided the original Keto Cheesecake Crust. 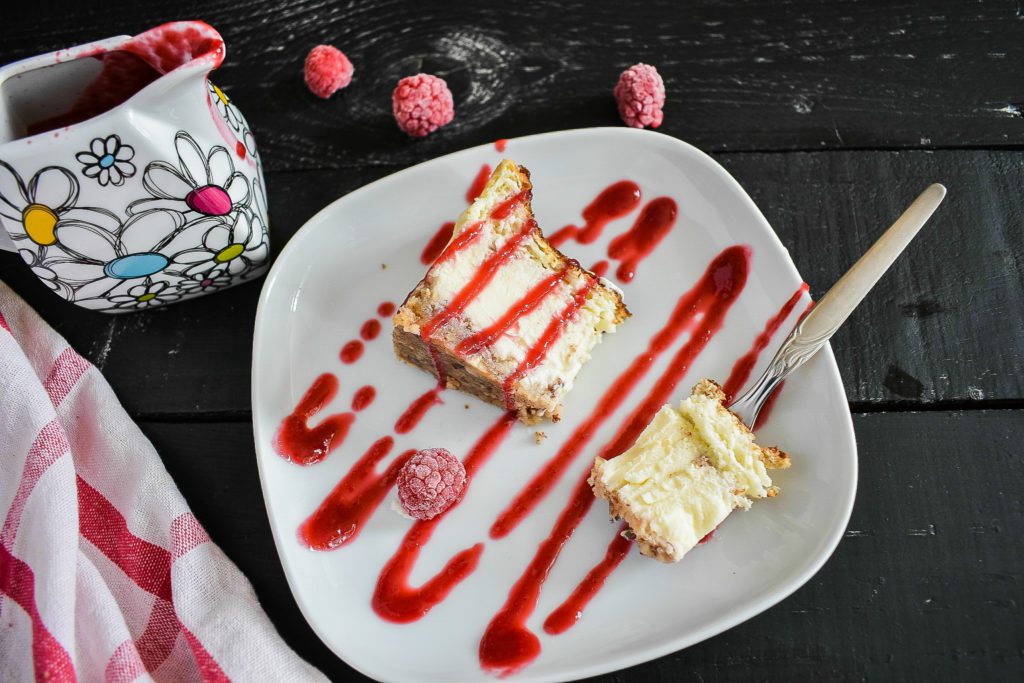 Prepare cake tin with parchment paper on its side and cover the outside with tin foil.

Press the crust mixture evenly into the bottom of the cake tin.

Put cream cheese, Agave syrup, sour cream, eggs and vanilla extract into a mixing bowl and whisk them together.

Add sour cream to the mixture and beat it together until smooth and creamy.

Finally stir in the lemon juice.

Pour cream into the cake tin.

Put the cake tin into a bigger tray and pour boiling water into the big tray.

Put it into the preheated oven for about 40 minutes.

After 40 minutes turn the heat down to 150°C and leave the cake in for another 30-40 minutes depending on the oven. Top needs to be golden brown.

Take it out of the oven and let it cool down. Leave it in the fridge for another 6 hours before serving it.

Serve it with raspberry syrup.